Another year, another championship!

It has been announced that the 2017 ISAC are a go! Recording is set to happen on January 16th and airing date hasn’t been announced yet. Above are the groups scheduled to take part on this edition. Please note that I’m not sure if this is the final line-up.

Just one question… is ALL of NCT going to take part in this? I mean  there are 15 members… Eh now that I did the math it’s not such an extraordinary number but it’ll probably only be NCT 127 or perhaps NCT 127 + NCT U. I don’t see NCT Dream taking part in this, SM likes to keep the kids in the dungeon. We’ll see though! Are you excited about this year’s ISAC?

Check out my posts about past years’ ISACs!

Today is Yongguk’s 26th birthday (27th in korean age). Yongguk is a member of the korean boy group B.A.P (they are under TS Entertainment) in which he is the leader and main rapper.

In 2008, Yongguk became a member of an underground hip hop group called Soul Connection, with the stage name Jepp Blackman. Prior to his debut with B.A.P, Yongguk was featured in Song Jieun’s Going Crazy. The song became a success and earned Yongguk a lot of recognition before B.A.P’s debut. On November, 2011, still before B.A.P’s debut, TS Entertainment formed the sub-unit Bang&Zelo; they debuted with the song Never Give Up. He later debuted with B.A.P in 2012.

From how I see it, Yongguk is one of the most talented artists in the K-Pop industry  , and I don’t mean it just as rapper and leader of B.A.P but regarding the overall work he has done throughout his career. One of my biggest inspirations, no doubt~~ 생일 축하해요 오빠 ♡♡♡

YO B.A.P JUST DROPPED THEIR FIRST JAPANESE ALBUM AND I HAD NO CLUE 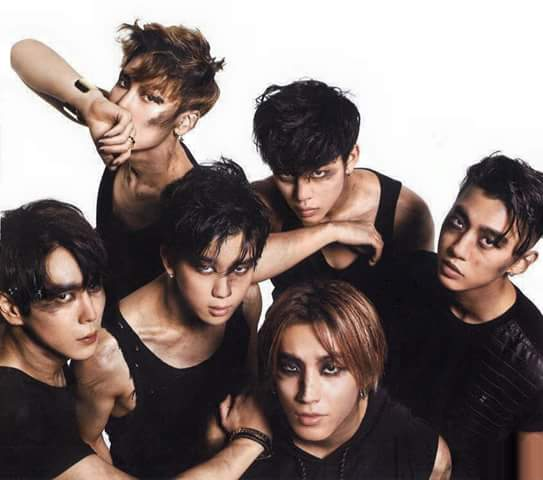 Throughout this spring break, I’ve been using a lot of time to catch up with all the comebacks that have happened recently and the dramas that came out. However, it seems that not even this amount of time is enough!

Here I was, this afternoon, watching some anime and working on the delayed posts when I suddenly went on Twitter… only to find my timeline expLODING WITH B.A.P’s PROMOTION PHOTOS FOR THEIR FIRST JAPANESE ALBUM

Little did I know that even a music video for the song Kingdom was out… . Click here if you haven’t watched the MV yet, though I’m guessing everyone else has ages ago besides me…

In my opinion, it’s awesome every time artists try something new like this. Not only more people will be able to enjoy their work in a better way, but it’s also another proof of their talent.

As for B.A.P’s album itself – Best. Absolute. Perfect – not sure if the tracks can be found online already, but there’s always iTunes if you want to listen to snippets of the songs (better than nothing, right?). This album contains a bunch of songs – 13 – new songs and old songs in japanese. Here’s the tracklist!

I’m not sure of what to say anymore yet

If you’re familiar with B.A.P’s work then you probably know what to expect from this japanese album – a masterpiece. Im sure things will work out great for them in the japanese market and I hope this new chapter in their careers brings them even more success and very well-diserved recognition!

I keep getting more and more excited for B.A.P’s future work every time they make a comeback or drop something new like this japanese album! B.A.P fighting~~!